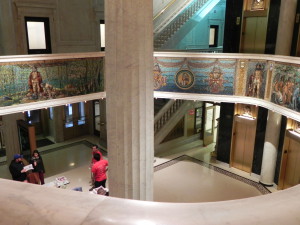 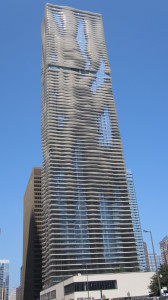 ARCHITECTURE THEN TO NOW – THE ART OF THE POSSIBLE                        Viewed as an expression of structure, form and content, architecture may seem to be a rigid profession, bound by rules, science, and technology, and generally lacking in vision and idealism.  For the majority of early architects who used available materials and rushed to build the great American cities, being a visionary was not a part of their architectural vocabulary.  What was needed was to build a structure with a limited budget, and do it quickly.   But for the handful of  great architects from then to now,  their craft was anything but a dogmatic and unyielding job; for them architecture was a calling.  Consider Jeanne Gang’s 2010 Aqua (R above), as a contemporary example, and (above) the 1895 Chicago School exterior and lobby of the Holabird and Roche Marquette Building, both in Chicago. 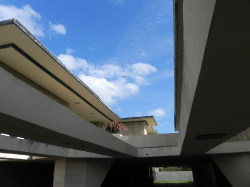 The greatest of  America’s late 19th and early 20th century architects were unafraid to take risks, to become adventurers and boldly explore all that the science and technology of the era would allow.  Also consider Frank Lloyd Wright’s little known Florida Southern College campus (L).  By disregarding the comfort of endlessly repeating classical styles, they embraced an uncertain future, but they also knew that America as a new nation also needed to express its own architecture, just as did earlier civilizations.

By imagining what their work would give to the future, they became visionaries in setting themselves apart from the conformity and classical repetition so characteristic of late 19th 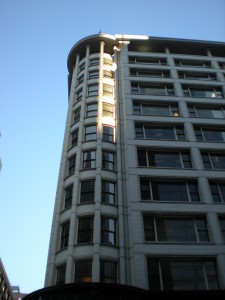 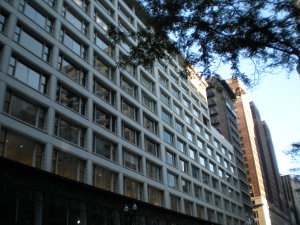 century architecture. Thus, they were also pioneers,  never fully certain where the new direction would take them, their clients, or the environment they designed.  In creating  the new movement, to be called the Chicago School of Architecture, the early architects became adventurers, of whom none had more influence on the future than Louis Henri Sullivan.  (L & above)1893 Chicago Stock Exchange and 1899-1904 Carson Pirie Scott). 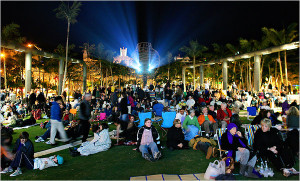 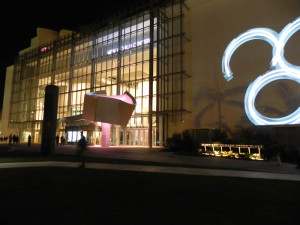 For Art Deco enthusiasts the jumble of tropically-hued 1930s Miami Beach Depression-era hotels flaunt a melodic zigzag of understated design and, sometimes, raucous color.   Scores of jazz age buildings enclose a resurgent South Beach extending from Lincoln Road into a still Bohemian Espanola Way.  But, until recently, South Beach’s eclectic energy quickly muted into bleak gaps of empty space and concrete shells, relieved by an occasional desolate city garage.  Before deciding on an uncharacteristically sober design for his New World Center, Frank Gehry, the premier architect of the digital age, got his received wisdom from those same boarding houses, corner stores, and still vibrant small hotels. The result is a triumph for Miami Beach and for 21st Century architecture everywhere.