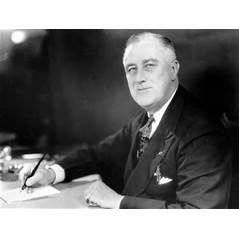 Unknown to Congress and the American people, months before Pearl Harbor the U.S. Navy secretly hunted Axis warships in the North Atlantic. Seven decades later, that simple but unassailable fact continues to elude the public, masses of written scholarship, and most historians.  However, now declassified by the National Archives, the once secret documents – including operational plans and orders originating with the Chief of Naval Operations and Commander-in-chief-Atlantic Fleet – confirms that the U.S. Navy throughout most of 1941, was clearly belligerent.

But does this new knowledge make FDR complicit in a plot to bring America into World War Two through the disaster at Pearl Harbor?  Readers may draw their own conclusions, but because of another infamous day – September 11, 2001- it is again evident that the first duty of the people’s President is to protect the American people.  Thus, contemporary readers may draw analogies between the events leading to December 7, 1941 with those of September 11, 2001, and conclude that this lesson from the past is as instructive now as it was then.