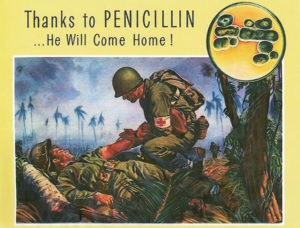 Once America entered the  war over 1,400 Chicago-area converted almost overnight in a once in history accomplishment which resulted in placing the entirety of the country’s manufacturing impetus into producing the weapons, foods, medicines, aircraft, ships, and training a previously territorial armed forces into 16.2 fighting men, including 325,000 non-combatant women.  Except for Detroit, no city produced a greater variety of the needed supplies than Chicago.  The locales included among hundreds of others, B-24 and B-29 engine manufacturing and assembly, torpedo assembly, portable radio units,  shell-casing manufacturing, even penicillin, called the war’s “wonder drug.” But the valiant efforts of the men at war could not have succeeded without the support and total war production from millions on the Home Front.

At 700pm on December 1, 2022, at the First Division Visitors Center in Cantigny Park, Wheaton IL, historian and author of the widely praised The Hidden Places of World War II  will present a FREE once-only program with vivid then to now images, most never seen, of the same locales previously making civilian goods, quickly converting into war manufacturing.  With original photos, learn how the Home Front did their part including the first major introduction of women into the labor force, how Victory Gardens produced 40% of  the war’s vegetables, and how every man, woman, boy and girl mobilized as never before or since.  Within the lifetimes of many still living, it was a united America working together to save the world from entering a new dark age.

Aided by then to now photos,  see the same locales from eight decades ago to now.  A rare visit will enter the world’s largest war plant (photo below) from then to now, the 363-acre Dodge Chicago (Ford City Mall).  Explore the little-known fully intact, and never changed  tunnel system in the assembly building.  Containing kitchens, cafeterias, lockers, toilets, and the same 12,000 volt electrical vaults, it connected the entire 82-acre assembly structure – itself larger than the Pentagon – with work stations throughout the building.

Dodge-Chicago (Ford City Mall since 1967), was built in under two years to make the 18-cylinder radial engine for the revolutionary B-29, specifically intended for the Pacific War.  Nine of every ten engines came from the Chicago plant in a $183 million (almost $4 trillion in today value) program that exceeded even the Manhattan Project in cost.

REGISTRATION for either in – person or streaming  REQUIRED at www.fdmuseum.org

DRIVING – The First Infantry Division address is 1S151 Winfield Road, Wheaton, IL near Roosevelt Road.  The Visitors Center is within the 500-acre Cantigny Park, the 500 acre former estate and home of Robert R. Mc Cormick, publisher of the Chicago Tribune.  A $5.00 parking charge for the free program.  Ample parking near the entrance.

The program will start promptly at 700pm and end at 800pm.  The Hidden Places of World War II  now 44 months on Amazon (November 2022) and rated 100% by professional reviewers, will be available in the gift shop or on Amazon in Kindle, paperback, and hardbound editions 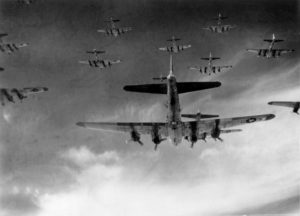